One week in Melbourne and Cairns – An Australia Holiday Review

Our trip to Melbourne was with Qantas Airways, via Dubai. We travelled with one a Qantas rep which certainly had its advantages; all of us were upgraded from economy to business class!

I thought Qantas was amazing! The level of service during our flight was impeccable. In business class, the seats are like pods that recline all the way into a flat bed. The menu had so much choice and proper plates and cutlery. The flight on the A380 was also very smooth and quiet.

We arrived into Melbourne late at night so we were transferred to our hotel and got our heads down for the night.

After a very large breakfast in the hotel, we set out on our first tour which was the ‘Hidden Secret Lanes & Arcades Walking Tour’. I loved it! You really got a feel for Melbourne and what the city was all about.

One moment you are on the large streets with huge buildings and shops, the next you are down tiny side streets with tiny cafes and the most amazing street art. After exploring the city, we stopped off at one of Melbourne’s chocolate shops and then had lunch in a local restaurant near the famous Flinders Street Station. 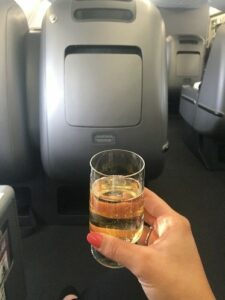 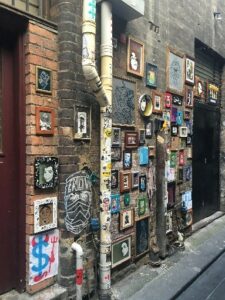 When we got back to our hotel, we were given a hotel inspection of all the three Crown hotels. The hotels are set alongside the Yarra River in Melbourne’s vibrant Southbank precinct. Within the Crown hotels, there are also restaurants, shops, spas, casinos and much more! The rooms were great. Very spacious and offer great views of the city!

After a wonderful dinner at the hotel, we returned back to our Luxe Twin Room in Crown Metropol.

After breakfast, we were heading out for our second tour which was the ‘Great Ocean Road & 12 Apostles Tour’! We were picked up from our hotel by an AAT Kings coach. The AAT Kings coach was great, it was clean, tidy, and comfortable. The AAT Kings Rep was very good, he was chatty and he and gave us a lot of interesting facts and the history behind the 12 Apostles.

We started from Melbourne and stopped a few times on the way visiting Lorne, Torquay, Cape Patton and more. The day was great. It was amazing to see the 12 Apostles. We also saw London Bridge and Razorback. A must do if visiting Melbourne!

After a long day, we arrived back at the Crown Metropol Hotel, sat back with a few cocktails and headed for bed!

This morning we said our goodbyes to Melbourne as we transferred to Melbourne Airport for our flight to Cairns. We flew on an internal Qantas flight which was very good. On arrival into Cairns, we were transferred to the Thala Beach Nature Reserve near Port Douglas, our accommodation for the night.

We had some free time before the planned meet up for dinner and hotel inspection, so we did some sunbathing around the pool and took a walk to the beach.

The Thala Beach Nature Reserve hotel is a 4.5 star and is a deluxe family-owned beachfront eco retreat, situated in native forest between Cairns and Port Douglas. We checked into our room, which was a Coral Sea Bungalow. The rooms are like lodges and are very spacious with stunning views from the balcony!

As the accommodation is a Nature Reserve, be prepared for nature! We saw a snake in the grounds near the pool and spiders bigger than I have ever seen before! The hotel itself is lovely and the dinner at night was delicious. We had a buffet and there was a vast variety of food – you will never go hungry in Australia! 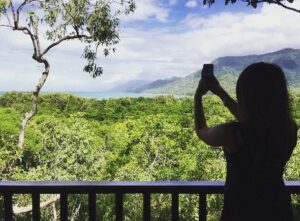 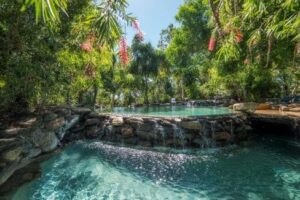 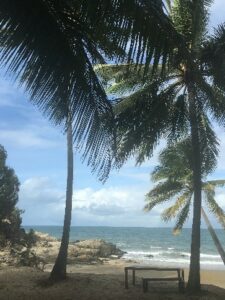 This morning we were up early for a quick breakfast and promptly checked out of the hotel. Today we were off to do a full day ‘Quicksilver Outer Barrier Reef’ trip! To say I was excited was an understatement.

We were picked up from our hotel and taken to Dickson Inlet in Port Douglas to embark on the Quicksilver boat to take us out to the Great Barrier Reef! The staff on board were great, handing out bottles of water, sea sick tablets and the procedure for booking what trips you wanted to do was very well organised.

As well as snorkelling in the Great Barrier Reef, I also did the Ocean Walk and a helicopter trip over the reef; now that was breath-taking! We had the Ocean Walk in the morning, followed by the helicopter ride and then lunch which consisted of a variety of food. The day ended with free time to snorkel around the Great Barrier Reef. It was probably the best thing I have ever done. The day was just amazing. 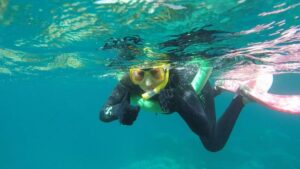 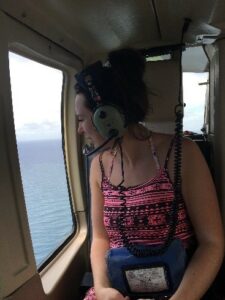 After arriving back into Port Douglas, we were then transferred to our next hotel which was the 4 star QT Port Douglas. This quirky hotel is located just a short hop from downtown Port Douglas and the golden sands of Four Mile Beach. We had a quick change, dinner at the hotel followed by a hotel inspection. The hotel was great, the rooms are either 1 or 2 bed villas with everything that you need and more!

After breakfast we were straight out again, ready for our next adventure! Today we were heading to the Kuranda, a Tjapukai Aboriginal Cultural Park. In the morning we watched a show and learned all about the Aboriginal culture which was very interesting. We even got to have a go on the didgeridoo and learned how to throw a boomerang!

In the afternoon, we took the Skyrail Cableway which takes you over the rainforest canopy. The Skyrail took us to the top where we found the Kuranda village. There were shops, eateries, a Butterfly Sanctuary and a mini zoo. We all decided to visit the zoo as we heard you could cuddle a Koala there, and that’s exactly what we did! The experience was amazing.

After this, we made our way back down by boarding the Kuranda Scenic Rail. This is a train that takes you through the rainforest and allows you to take a breather and enjoy spectacular views.

After our day, we were transferred to the Pullman Cairns. The Pullman is a 5-star hotel at the very heart of Cairns. It is within a few minutes’ walk of the Cairns Esplanade, shops, bars and restaurants. The hotel was very nice and the service was great. We stayed in a harbour view room which of course we could see the harbour. All rooms are all the same, they just provide different views depending on the location. We saw a cruise ship docked at the harbour which was nice to see.

This night we had dinner and made our own way out into Cairns for a few drinks and to cheers to an amazing trip!

Day 6: Flying back home from Australia

This was our last morning waking up in Australia, so we all got together for breakfast. We had a few hours free time before our transfer to the airport so I went into Cairns to do some shopping and then spent an hour relaxing by the pool.

Our flight home was with Qantas again. On the sectors from Cairns through to Dubai, we were all in the economy section which was to a very high standard and we were very well looked after. The food was good and there were plenty of films to choose from to watch (although, this was a night flight so I spent a lot asleep)! We were all luckily upgraded from Dubai back to Heathrow so this completely topped off the trip. Once all the passengers were off the plane, we had a chance to meet the pilot and have a look around First Class.

This trip was absolutely incredible and I wouldn’t have changed it for the world. I cannot wait to get myself back to Australia to do and see even more! 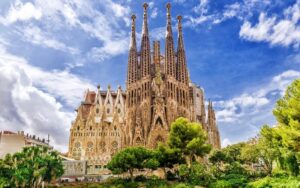 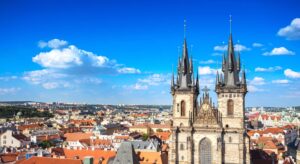 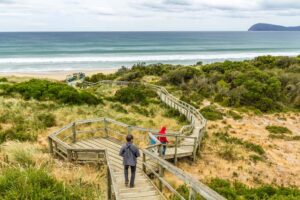 Australia is made up of six states, Queensland, New South